Caption: The entire airport community came together at Dubai International (DXB) and Dubai World Central (DWC) on Thursday to celebrate Flag Day by raising the UAE national flag.
His Highness Sheikh Ahmed bin Saeed Al Maktoum, Chairman of Dubai Airports, raised the UAE national flag at DXB Terminal 3, while a flag hoisting ceremony was also conducted at DWC. The celebrations featured a number of events that reflected the importance of Flag Day, the most prominent being the screening of a documentary film about the UAE flag and its origins. This was in addition to a show from the military horsemen and a picture gallery. The Flag Day, which falls on the 3rd of November each year, commemorates the anniversary of the beginning of the rule of His Highness The President Sheikh Khalifa bin Zayed Al Nahyan. The national flag is raised proudly on this day in response to a call from His Highness Sheikh Mohammed bin Rashid Al Maktoum, Vice President and Prime Minister of the UAE and Ruler of Dubai. 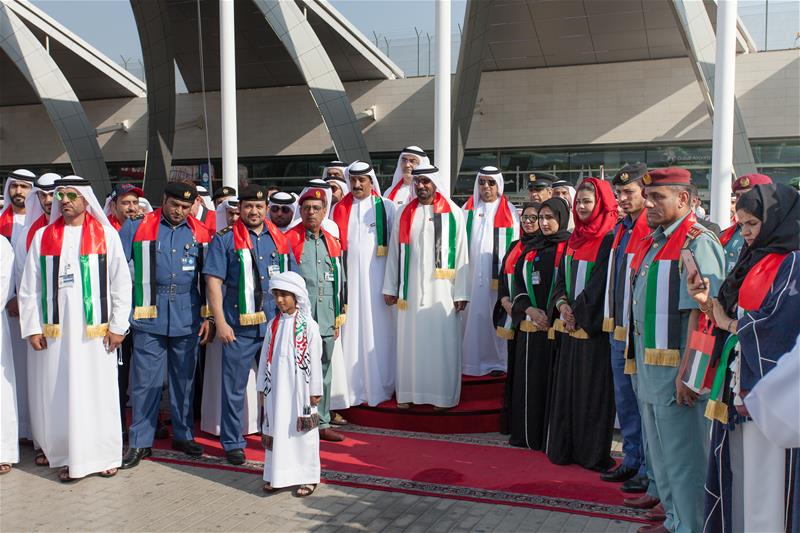