The report was issued just ahead of Dubai Airports’ participation in the Earth Hour on March 25 – when all non-essential lights across both DXB and DWC switched off for one hour.

The energy savings are the result of a range of initiatives including installation of systems, active participation in events such as Earth Hour and World Clean Up Day, as well as new projects including the solar panels on the Concourse D building that began operation with the opening of the new facility in February 2016.

A bulk of the total savings resulted from the replacement of traditional lighting with LEDs for streetlighting, signage and airfield as well as the installation of intelligent occupancy sensors at both airports. The optimisation of chiller plants at DXB and DWC with the installation of energy saving variable frequency drives for pumps and automation for demand-based flow also helped energy conservation efforts during the year.

The array of solar panels installed on the roof of Concourse D at DXB and at the Police facility at DWC also made significant contribution to Dubai Airports’ energy conservation efforts by generating power.

Dubai Airports also joined millions of people around the world to observe Earth Hour in March last year – switching off all non-essential lights at both the airports for an hour every day for 24 days saving energy equivalent to reducing 106.4 tons of CO2 emissions.

DXB and DWC became the first airports in the GCC states and two of 56 internationally to achieve Level 2 accreditation from the ACI’s Airport Carbon Accreditation Programme in 2016. 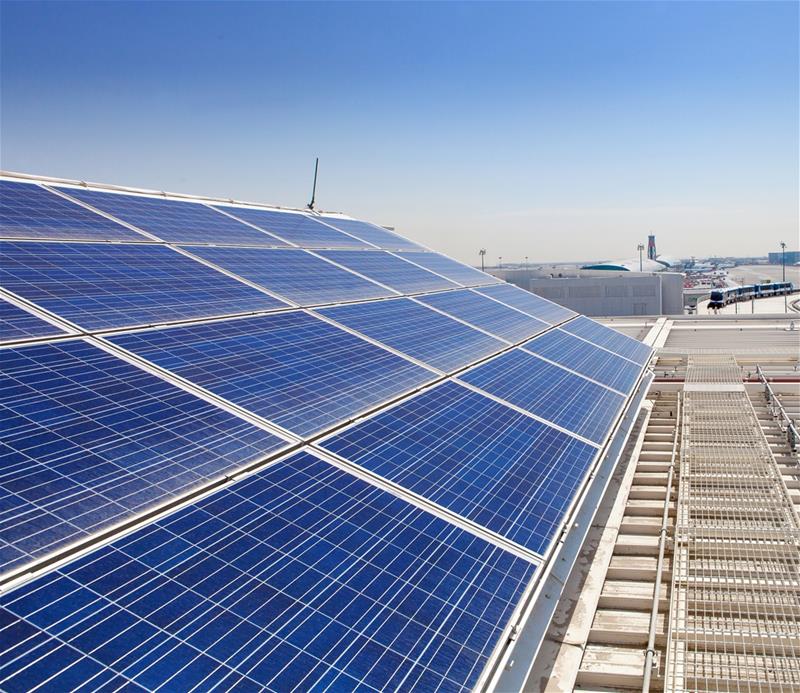