Dubai, UAE – February 21, 2017 – Dubai Airports’ contributions to international and local causes garnered international recognition as the company won four prestigious awards for its CSR efforts over the past week….two from the International Award Association, which organizes the Gulf Sustainability and CSR Awards 2017 and two from the World Congress for Human Resources and Development which was held in India on Sunday.

The first two awards, Government CSR Initiative and CSR Team of the Year were given for the ‘Your Sight, Our Happiness’ initiative to raise funds for Orbis, an organization that provides free cataract surgery around the globe, and the Breast Cancer awareness initiative which featured painting DXB’s air traffic control tower for breast cancer.

At the World Congress for Human Resources and Development, Dubai Airports won an award for “Managing Wellness at Work” in recognition of the initiatives held to enhance the wellbeing of Dubai Airports employees, including launching a healthcare clinic, which provides daily medical consultations and check-ups for its employees by a professional physician. It also took home “CSR Leader of the Year” for its clear vision on CSR initiatives.

“Our strategy is to instill the culture of giving, not only in our employees, but also globally where our messages reach millions of people through various media channels to encourage people to do good and donate to the development of human beings and improve their living conditions.” Said Meshari Al Bannai, Senior Vice President - Human Resources.
Dubai Airports launched 48 CSR activities in 2016 which included sports, health, cultural and other fields that contribute to the development of employees and the community at large. 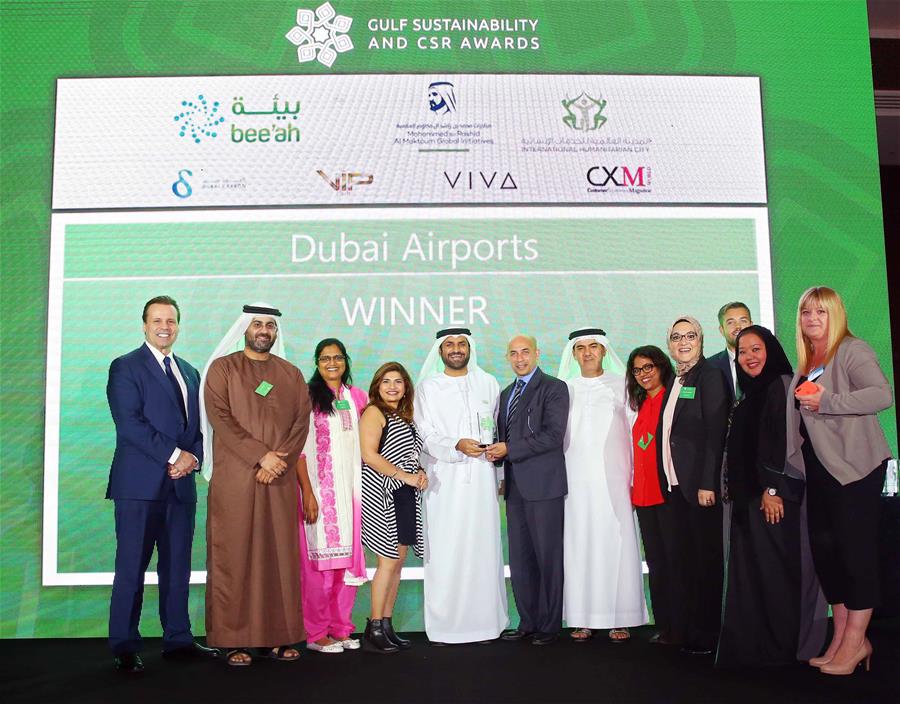