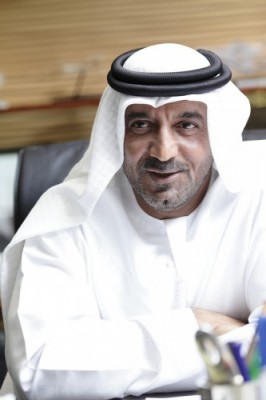 Over the past 35 years HH Sheikh Ahmed Bin Saeed Al Maktoum has been at the forefront of Dubai’s remarkable economic development spearheading the successful expansion of aviation, which constitutes a substantial part of Dubai’s GDP, and formulating economic, investment and fiscal policies and strategies in support of the emirate’s overarching vision.

Sheikh Ahmed embarked on his career in the aviation industry in 1985 when he was appointed President of the Dubai Department of Civil Aviation (DCA) – the governing body that oversaw the activities of Dubai International (DXB) and Dubai Duty Free, among others. In the same year Emirates airline – Dubai’s international carrier was launched with Sheikh Ahmed as its Chairman. He is now the Chairman and Chief Executive of Emirates Airline & Group, which includes dnata – one of the world’s leading providers of air services and travel services, and other aviation related entities.

Emirates is an award-winning international airline, and one of the world’s most recognised airline brands with a global footprint across six continents, connecting passengers and facilitating global trade. The airline operates one of the most modern and efficient aircraft fleet comprised of spacious and comfortable Airbus A380 and Boeing 777 aircraft. Under his leadership, Emirates has been profitable for over 30 years. A trusted partner for over 300 airline customers worldwide, dnata offers ground handling, cargo and catering services at 126 airports in 19 countries and operates over 200 travel outlets around the world. In the financial year 2019-20 dnata handled 681,000 aircraft, moved 2.9 million tons of cargo, uplifted more than 93 million meals and handled over 3.5 million travel bookings.

Dubai Duty Free has become one of the biggest single airport retail operations in the world with US$2.543 billion in annual sales in 2020.

Under Sheikh Ahmed’s leadership, the DCA underwent an organisational restructuring in April 2007 resulting in the creation of the Dubai Civil Aviation Authority (DCAA) as the local regulatory body, and Dubai Airports as the owner and operator of Dubai’s airports – DXB and Dubai World Central (DWC). Following the restructuring, Sheikh Ahmed became the President of DCAA and Chairman of Dubai Airports.

The fact that Dubai is now firmly established as the region’s leading tourist destination and business, trade and transport hub is due in no small measure to the efforts of Sheikh Ahmed. Under his leadership, DXB has developed into the world’s busiest airport for international passengers and among the largest cargo hubs with a network of 220 destinations served by more than 75 airlines. This was enabled by the timely and progressive expansion of the hub which included the spectacular opening of DXB’s Terminal 3 on October 14, 2008; the opening of Concourse A, the world’s first purpose-built A380 facility in early 2013, as part of a $7.8 billion expansion plan designed to boost DXB’s capacity to 90 million passengers; followed by the flawless opening of the $1.2 billion Concourse D in February 2016.

Earlier in 2008, in another first to Dubai’s long list, flydubai was launched. With Sheikh Ahmed to lead the airline as its Chairman and now in its 11th year of operation, flydubai has created a network of more than 70 destinations in 45 countries served by a fleet of more than 50 Boeing 737 aircraft.

In January 2020, Dubai Council was formed, and Sheikh Ahmed was appointed as the Commissioner General of “Dubai economy” pillar to oversee the Department of Economic Development, Department of Tourism and Commerce Marketing, and Dubai’s free zones, airports, ports and customs.

Sheikh Ahmed holds several government positions and plays an increasingly pivotal role in leading the emirate’s finance and energy sectors. Despite his numerous business activities, he is Patron to many charitable organisations. He has also received numerous accolades from various Governments and multi-nationals organisations (see the attached addendum).

Sheikh Ahmed has a bachelor’s Degree from the University of Denver, Colorado, USA. He is well known internationally for his contribution to the development of aviation in the region. The Royal Aeronautical Society, one of the industry’s oldest and most respected professional associations honoured his achievements in aviation with a fellowship of the Society at the 1994 Farnborough Air Show in the UK. In May 2013, he was presented with an honorary Degree of Doctor of Science from City University London – Cass Business School in recognition of his outstanding leadership in the development of professional sectors including aviation, finance, banking and entrepreneurship among others in the UAE.