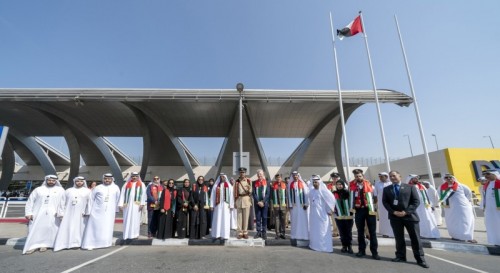 Flag hoisting ceremonies were also organised at Dubai International Terminal 2 and Dubai World Central. The Flag Day celebrations come in response to an initiative by His Highness Sheikh Mohammed Bin Rashid Al Maktoum, Vice President and Prime Minister of the UAE and Ruler of Dubai, for all federal ministries and institutions to hoist the UAE flag simultaneously, to mark the accession of Sheikh Khalifa Bin Zayed Al Nahyan as President of the UAE.